Essentially as you would go to the doctor for a physical…….
we are giving your home a physical…..

We do every inspection like we would for our own Mother. When you need a Premium Home Inspection we are here for you. 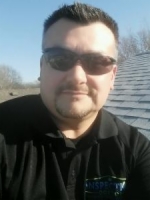 Always does a great job going over everything
- K.L., November 2020
Very Professional, thorough and Informative. I would totally use John for future inspections.
- A.D., February 2019
Thank you for a wonderful thorough inspection. I really appreciate it.
- A.C., October 2018
Great inspector! Very thorough and kind. Was more than happy to answer any and all questions and walk me through everything.
- A.I., October 2018
Very thorough, completely satisfied..
- W.M., April 2018
John was fantastic. Timely, extremely helpful, professional, knowledgeable would highly recommend him to anyone!
- D.E., February 2018
Thank you for being so thorough and detailed. Your inspection report with detailed explanations and photos/videos is outstanding.
- P.P., October 2017
Very prompt in responding to inspection requests and detailed oriented in the report. John was very friendly and took the time to explain inspection findings.
- B.B., March 2017
John did an excellent job! He took the time to explain what he found. The report is well documented and organized. I took off work and drove from Columbia to meet with John and he made sure it was time well spent!
- M.K., March 2017
I was extremely impressed with John's thoroughness and professionalism in conducting the house inspection. He crawled over, under and around everything to evaluate every potential area of concern and did not cut any corners. In addition, he generated the report very quickly and 71 pages later an all-encompassing report was available. I would recommend him to anyone.
- T.J., October 2016
I was considering buying a 100+ year old house, knowing it would require some work. Thank goodness John inspected it! He found major electrical, foundation, plumbing and other problems that two walk-throughs would never have revealed. He explained everything by phone that he would inspect and answered many questions. He inspected the property within a week and submitted a very detailed report. The few hundred dollars I spent for an outstanding report probably saved me many tens of thousands of dollars on major repairs. Hire him! --Susan B.
- S.B., August 2016
John did a very professional and efficient inspection for us. When I made my first call to him, he explained the process very clearly. He responded quickly to emails. We had the inspection report in less than 48 hours of the initial phone conversation. Great service and very easy to work with. Thank you John!
- J.H., July 2016
I called John and ordered an inspection on a condo we have under contract. He talked to me prior to the inspection to see if I had any specific areas of concerns to ensure he addressed those things in detail. He conducted the inspection in just 2 days after I requested and in plenty of time to beat the required inspection completion date. He provided a typed up report including numerous digital pictures on the same date as he made the inspection. John clearly has a critical eye for detail. I called him after that to ask some questions where I wasn't sure and he talked to me for 20 minutes and answered all my questions and then some. I coudnt be happier with his services and would highly recommend him to anyone needing an inspection. It was money well spent.
- M.F., August 2015
John drove from Lake of the Ozarks to Springfield on a Sunday to accommodate our schedule. John was very thorough in his inspection. He did not rush through any part of the job, and offered some affordable options to address and correct the areas of concern. He showed us pictures before he left and included them in his report for us. It is obvious he likes what he does, and he is honest about his results. If we need a full home inspection, we will definitely call John.
- C.C., August 2015
John is thorough, prompt and friendly. What more could you ask for? Karin Brambilla RE/MAX Lake of the Ozarks Jason Whittle All Pro Team
- K.B., July 2015
Very professional and thorough inspection. Your document, which included pictures, was very easy to understand and follow. Personally, I found you to be very easy to speak with which provided me with good idea of your trustworthiness and experience. Thanks, Jeff and Paula Emery.
- J.E., June 2015
Very helpful, courteous.
- R.M., May 2015
Very knowledgable . I have purchased several homes and John has been the best inspector I've hired yet.
- R.H., April 2015
Thank you John for taking the time to help me measure out the rooms and check that the washer and dryer work. It was really nice of you to explain issues with the home and offer suggestions for reasonable fixes for those issues. I definitely feel a lot more at ease purchasing this home now. Thank you, Crystal.
- C.L., April 2015
I have never used an inspector before. I needed one for the purchase of a residence. I hit a grand slam finding John. He was the quintessential inspector... precise, knowledgeable and showed true professionalism. Thank You so much. Will defiantly use John in the future.
- J.A., Eldon MO, January 2015
great job!! detailed reports, clearly a top notch inspector!!! performed inspection the same day i requested one! WOW
- M.Y., November 2014
I thoroughly enjoyed working with John. He is very knowledgeable, professional and friendly. It is obvious that he takes great pride and enjoys what he does. As a new home buyer, I found him easy to work with and understanding that buying a home is a big step for anyone. I would definitely recommend Inspection Doctor to anyone. ~Amy Sue Guinn
- A.G., September 2014