Questions for this FAQ were collected from our Inspectors, and where we had multiple questions on the same topic, we condensed those down. We have left the tough questions in for Mike and Paul. Where Mike was not able to answer specific feature questions during the session, he has reached out to the Inspector who submitted the question for further information.

The notes below are a brief summary, and we would encourage you to listen to Paul and Mike answer your questions for more detail.

Q: Why do we believe HomeGauge is the best software company, why do we think we have the best product?

Q: As we think about development for the next 12-18 months, what are our future plans for development?

Q: Are we going to be shutting down our platform or forcing everyone to migrate to our web or cloud-based platform?

Q: Updates for inspectors is not as frequent as we would like, why is this?

Q: People say the powers at HomeGauge have not been responsive to customer requests for fixing long standing issues or features or helping improve user friendliness. What would you say to that?

Q: How much revenue will HomeGauge extract from inspectors for services over the next one to three years?

Q: Why don’t you tell us about what’s happening with a cloud version? We’ve heard a lot about version five and version six cloud versus web-based.

Summary: Inspectors will be able to choose between the desktop writer and the web-based writer dependent on their needs. We will continue to develop and support both. “Web-based writer” and “cloud” mean the same thing and we will announce a name in the future. The desktop writer will no longer have version names such as 5 or 6, and instead everyone will have access to the latest version all the time.

Q: Will we continue to support and develop HG 5 in addition to migrating to our new web writer?

Q: Will there be a live search from the main screen? “Search,” “find” should be much easier. Scribeware’s is awesome, as I’m currently test driving their system and like it a lot.

Q: What are the newest improvements that will help improve inspector productivity?

Q: Will there be a universal template with comments?

Q: When will you add the word “owner” to the cloud scheduler?

Q: When will the scheduler be launched and why has this been in the works for several years?

Q: Please, please can we choose an alternate email for notifications and report email sent from HomeGauge support. all those emails are not used often but they do need to be accessible for those rare occasions. All they do is clutter our business email inbox, especially because we send four documents for every inspection report, so that’s eight emails for every customer.

Q: Has the glitch when merging reports in version five been addressed?

Q: When will the Mac version be available?

Q: When will the iPhone Companion work properly?

Q: Picture editing screens need to be much larger — what do you think Mike?

Q: What about an ETA for the calendar that allows a date and time to be selected?

Q: Have you ever considered having a small cache of one’s most common text boxes inserted in the pictures like in a sidebar or drop-down, so you don’t have to keep trying the same thing in almost every report?

Q: Can we have a way to instantly see our calendar like a small check if the client signed out our pre-inspection agreement or on our dashboards seeing the list sorted by next inspections rather than the default last report opened?

Q: We need a way to update client info for those who perhaps years ago used an HG inspector — it always shows obsolete info. 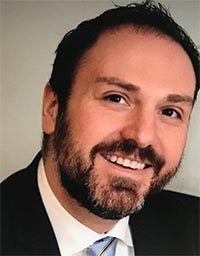 Sign up to get the latest HomeGauge news, learning articles, and announcements sent directly to your email inbox.